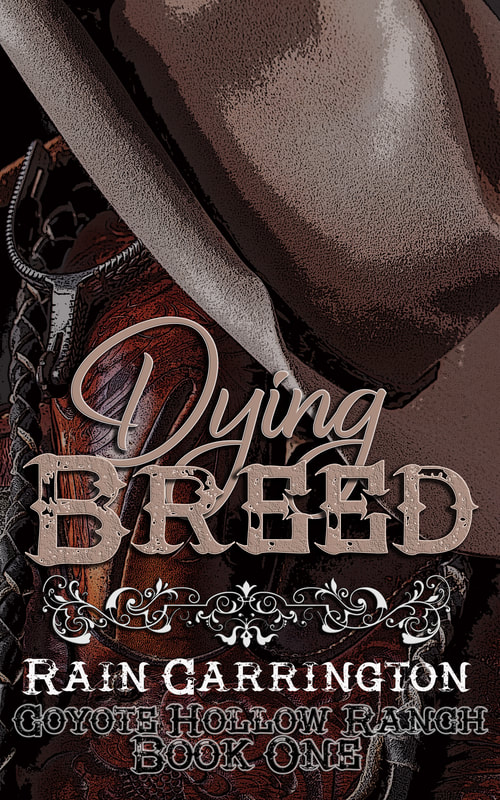 The ranch where Tony Parnell was born and raised was all he knew. Sure, he’d had dreams, but he put them away, or so he’d thought. Still wearing the cap and shoes that reminded him each day of what he’d given up to care for the three people that had raised him, he’d grown angry and cynical.

In comes Benjamin Blood, recently arrested and given community service in their tiny town, the sheriff begged Tony to take him. Tony agreed begrudgingly, and then watched as Benji grew on everyone on the ranch. Except him.

Sure, he was beautiful, sure he was eager to learn and to work, but Tony didn’t have time for a guy beyond what he had with Bob Jensen.
Bob lived hundreds of miles away and they rarely saw one another. When they did, they’d fool around enough to satisfy Tony until another time came along. Bob, on the other hand, wanted Tony, loved him. But, alas, he knew he’d never have him.

In steps, Benji mystifies and seduces them both. In the middle of a crisis centered around Bob’s devious sister, can the trio find common ground on which to build the foundation of a lasting love?
Get It Here!